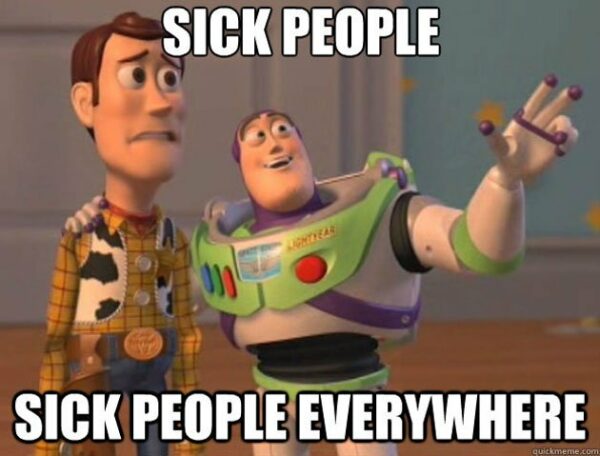 Some people don’t like using the word “sick” when describing someone with an addiction. I get it. Just like the words alcoholic and addict, saying someone is sick can add to the shame and stigma associated with addiction, and prevent a person from getting the help they need.

But was I sick? Yes.

Although I didn’t drink every day and I seemed to be doing well in life, I wasn’t. I had fears and insecurities, not of the normal variety, that made me emotionally sick.

As a result, I was overly jealous of people and an extremely jealous husband. I felt like I needed to prove myself at almost every turn—believing deep down that I didn’t stack up to others. And I tried to be something I wasn’t, often acting out in arrogant and egotistical ways, in an attempt to feel better about myself.

I was also spiritually sick.

I should have been a better person than I was. A better friend. A more loving husband. And certainly a more loving and caring father.

Not that I was a bad person. I tried not to do things that I knew I shouldn’t, and I actually did some good things in my drinking days. But I just couldn’t sustain a better way of living. Sooner or later my fears would overwhelm me. My insecurities would become too great. And I would turn to the only thing that I thought could help me with how I was feeling. Even when riddled with guilt, I could not stop drinking for a long period of time, and I would return to the behaviors that actually made me feel worse about myself.

Eventually, I got help and began living a different way, but I was still emotionally and spiritually sick in the beginning. But as I remained sober, my brain healed. And as I kept trying to be a better person than I was before, I was no longer sick.

I had changed the things about myself that needed to be changed. The thoughts and behaviors that didn’t make me a bad person, but along with my drinking, kept me emotionally and spiritually “sick” and prevented me from becoming the person I always wanted to be.