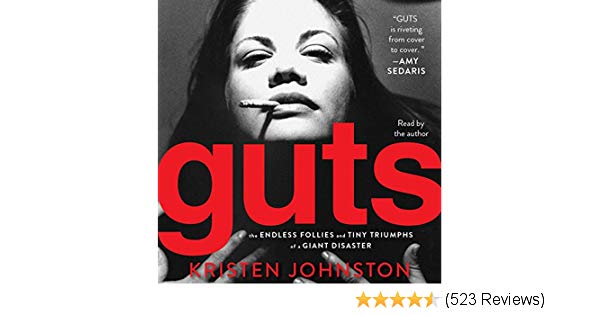 Although this post may at first seem like some of my other posts where I reveal something from my life or my book in order to help others. I promise it’s not about me or my book, but about someone else and their book. Read on and you’ll see.

I was recently told by someone I work with that I should be more of the funny person I act like sometimes. This statement came after boredom had set in and caused me to say and do funny things in an effort to pass the time.

Some of what I said and did involved the over the top type of humor I developed at an earlier age by watching comedians like Richard Pryor and Eddie Murphy, just to name a few, and offbeat comedy shows and movies that I won’t name here. This person also said that they liked my sense of humor and thought it was the real me. I responded by thanking them, but then felt the need to add that my humor is only a part of who I am, and even though I may act a little crazy at times, I know it’s not the real me. I went on to explain that the spiritual side of me that they had also seen is who I really am. Then as the spiritual side kicked in, I simply wrote their statement off as a sign for me to pull back on my humor and focus on being spiritual Darryl for a while.

Still, this person’s remark made me think about the struggles I had throughout much of my sobriety between not being the funny guy all the time, especially the one who occasionally offended someone, and doing my best to be the more spiritual person I had worked so hard to be.

I wrote about these struggles in my book, but since this isn’t about me or my book, I won’t revisit it here. I will just say that even though I no longer struggle with this, I do find myself holding back on my humor more than I feel I should. Which brings me to someone else and their book.

It takes a brave person to talk about one’s addiction and private life, including all the shitty things you’ve done. And an even braver person to put it all in a book and actually be funny about it. I recently read one that did just that, and I thoroughly enjoyed it. 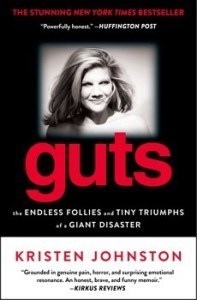 As you see the book is “guts” the Endless Follies and Tiny Triumphs of a Giant Disaster. It was written by a celebrity you probably have heard of named Kristen Johnston. She starred in 3rd Rock from the Sun, a popular comedy series that ran from 1996 to 2001. She currently stars in the hit show The Exes that’s in its third season and airs on TV Land. I love the picture of her on the cover; it clearly shows her beauty. However, the hardback copy I have displays a picture of her taken in 1997. It can be seen as sexy and even sultry, with a rebellious undertone to it, and I think she chose it to make a statement of how addiction can affect us emotionally.

The title also makes a statement. Read as slang, guts stands for the courage and fortitude that Kristen Johnston certainly had for writing it. There’s a lot of private information in it, including what addiction did her physically, which also has something to do with the title. Read the book and you’ll understand.

I’d write a great review here, but for all the writing skills I think I possess, writing reviews somehow escapes my perceived writing prowess. I will at least try to pen my opinion of the book in review like fashion though.

“GUTS made me laugh out loud at times and was truly hard to put down. It is well written, witty, and the author doesn’t hold anything back about her life or her addiction. I felt sad when I finished. It was like meeting an exciting new friend that I had to say goodbye to just as I was getting to know and love them.”  Hmm. I think that was pretty good.

From what I learned about Kristen Johnston, I don’t think she cares what others may think of her life as an addict. Like me, she wants the shame and stigma of addiction to go away. But I do believe she wants those who read her book to get something out of it, especially if they or someone they love struggles with addiction. I know I did, and I found we have a lot in common.

We both know what it feels like to be physically different from other children. I was very skinny, and she was very tall. We both experienced the type of sadness that comes from not feeling like you fit in with other teenagers. We both used our humor to mask our insecurities. We both pretended to be someone we’re not through much of our lives. And we both know what it’s like to be miserable and unhappy in life, and certainly what it’s like to be unhappy with ourselves.

Fortunately, we also both made the decision to get sober and have remained that way long enough to find out what it’s like to be happy and emotionally well, depending of course, on your definition of what being emotionally well is. Oh yeah, and we both wrote books about our life to help others.

However, there are differences between us. Setting aside the obvious, like looks and body parts, and the fact that she’s famous and I’m not, she didn’t hold back on the humor she so splendidly interwoven throughout her book, and she certainly doesn’t hold back from being funny in her personal life. After reading her book, I can say I’m no longer going to hold back on being funny in my life either, which I hope was evident in this post. Thank you for that Kristen.

Did you hear that? I called her by her first name, and why not? I’m one of her Facebook friends, and she has even liked some of the comments and replies I’ve put on her page. It’s like we’re best friends now or something. “Call me Kristen.” Well call me Darryl, but you know what I mean new best friend.

You can purchase Kristen Johnston’s book at Amazon.com by clicking on GUTS.

3 thoughts on “It Takes “GUTS” To Be Funny About Addiction”