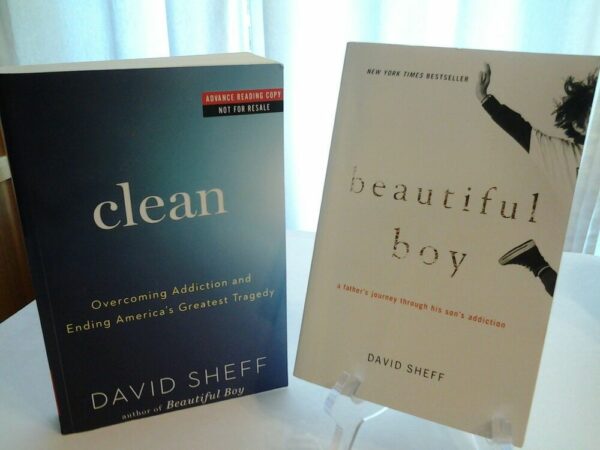 I really liked the book Clean: Overcoming Addiction and Ending America’s Greatest Tragedy written by David Sheff. The up to date information about addiction in this book is refreshing, especially with all the “misinformation” out there, and I think anyone wanting a better understanding of addiction should read it.

All the information in Clean is backed up with facts and shows clear evidence as to why addiction is considered a disease and not a moral failing. I believe more books like this are needed to remove the shame and stigma associated with addiction, so more people will come forward and seek treatment for what is finally being accepted as a preventable and treatable disease. Below is a quote from the book I liked that helps explain why some people become addicted.

“It’s true that addicts ingested, smoked, or injected illicit drugs into their bodies. However, this action didn’t cause the addiction. If it did, all people who took drugs would become addicted. But, in fact, most don’t. There are two ways people become addicted. Anyone who takes enough of a drug to cause severe structural and functional changes in the brain can become addicted. But most people who become addicted do so because their brains are different before they use drugs, not because they use drugs. In fact, there’s evidence that addicts’ brains are different from birth; they have various neurological and genetic anomalies that, when combined with environmental influences, may cause them to respond differently to drugs than non-addicts do. A study of cocaine addicts published in Science in 2012 showed that neurological abnormalities in addicts appeared to predate any drug use.”

You can read more about David Sheff and see other books he wrote at http://davidsheff.com/clean/