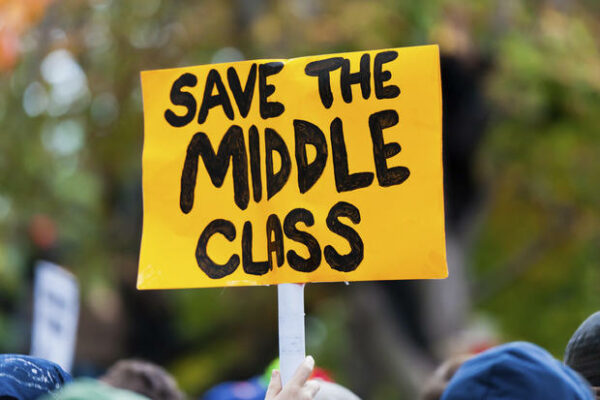 I believe what could help ease racial tensions in America is for people of all races to come together and say—we’re not racist or prejudiced in any way; we’re simply tired of always hearing about race and division in this country.

I also believe we should start using the word discrimination less when it comes to minorities and more when it comes to the middle class.  A group of people who certainly experience unjust treatment in this country. Hard working people from ‘all’ races who find it harder and harder to live the American Dream.

A class of people who shouldn’t have to struggle in life, but often do, as they live paycheck to paycheck. Term after term, it seems no matter who gets into office, either the very rich or the very poor benefit, and nothing much improves for the middle class.

Meanwhile the media stirs up trouble with half-truths that causes tension and division in a country that’s supposed to be united, and we rarely hear about how people of different races actually get along and show mutual respect for one another.

A mixed group of people called the middle class who could someday become the true minority of this country.