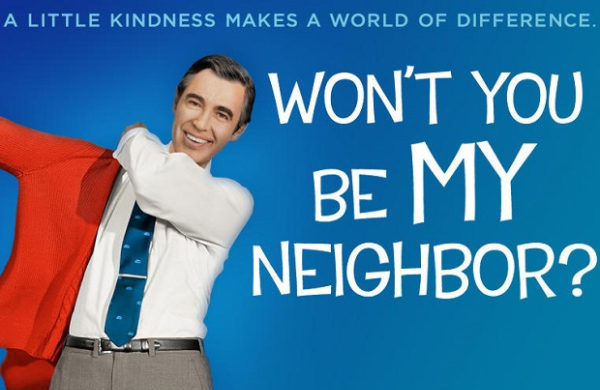 I went to see the documentary Won’t You Be My Neighbor? with a few family members, including my now thirteen-year-old grandson last summer. It is about Fred Rogers, perhaps better known as Mr. Rogers, and I was simply amazed at what a wonderful person he was. The documentary was well made and I was happy to be watching it with my grandson sitting beside me.

I cried a few times throughout the film, mostly from the inspiration I felt over who this man was. And I know my grandson shed a tear or two as well.

However, it was at the end of the movie that the feeling of inspiration would overwhelm me because of something my grandson said. As the credits were rolling, we were still in our seats when he looked at me and said.”You’re a lot like him Opie.”

He has called me that since he could first talk. And he calls his grandma Omie. Opa and Oma were already taken by my wife’s parents who, like her, came from Germany.  But after hearing him say this, my heart filled with pride and once again tears came to my eyes.

As I said that was last summer and it wasn’t long afterward that I went through something that ties in with what my grandson said.

It was around this same time that doubts about my ability to help others and doubts about myself had slowly begun creeping in and it caused me to act in ways that while not bad, were far from Mr. Rogers like behaviors.

I eventually figured out why the doubts had started, and my self-confidence returned in full earlier this year. But it wasn’t until recently that I was able to feel like the person my grandson apparently thinks I am. 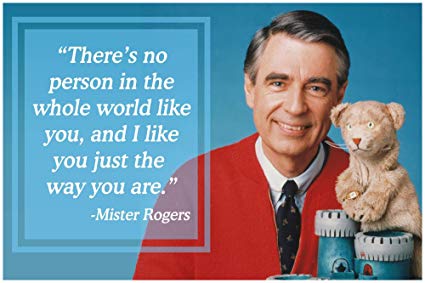 Now like most of my writings. I won’t divulge the names of the people involved in what I went through. And I can’t really go into all the circumstances of what turned out to be more needed growth on my part, because of these same people. But that’s OK. None of them are bad or did anything to hurt me. What actually happened is that I allowed others to affect my self-confidence and even my self-esteem to some length, and that’s on me, not them.

However, like I’ve done many other times in my sobriety, I can now attach meaning to this experience and use it to help others.

I may not be Mr. Rogers. (But who could be? He truly is a wonderful and inspirational human being, who I feel is one of a kind.) But I can be like him as long as I stay true to being the person I have tried so hard to be over the years. Someone who tries to see the best in people and love them even if I don’t like them. Someone who wants to keep growing spiritually and as a person. And someone who refuses to let the awful things that happen in the world take away my belief that there’s more good than bad.

I may not be Mr. Rogers. And I may not always be the best person that I’m capable of being. But as long as my grandson thinks I’m like him. There is nothing that can keep me from trying, except me.