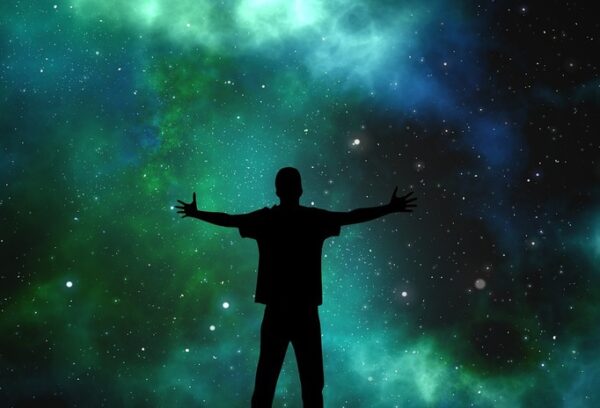 An excerpt from the first chapter of my book. It was originally written in 2005 when I was just 9 years sober. I explain in chapter 12 why I rewrote my original book and changed the title. But what I wrote back then is still relevant to my sobriety of 23 years now, and my beliefs. I’m also still married to the same person who while never an enabler of my drinking, nevertheless saw the good in me and thankfully stayed with me through the bad times and the good.

“My fear started in childhood, grew in my teenage years, and has stayed with me through adulthood. Although it has changed and mostly subsided, fear can still enter my life today and cause me unhappiness. One of the things that helps me with my fear is trying to believe that there is something (rather than nothing) that created life and the universe for a reason. I sometimes call it god. And I actually do talk to it in the shower. A few months have passed since I finished writing the introduction to this book, and although I believe in myself even more now, I still turn to whatever god there may be whenever I need reassurance that everything’s going to be all right. I do this by simply asking for the knowledge of its will and the power to carry it out, and for its wisdom and guidance. I then thank it for everything in my life and actually tell it I’m going to enjoy my day, be happy, and not worry about anything. Finally, I finish by saying I love it and that I know everything will be all right. This is how I pray whenever fear enters my life and makes me unhappy—fear that I have because of doubt. Doubt that when things aren’t going well in my life, they won’t change for the better. And doubt that some kind of creator will help me get through it.

I should know better about having any doubts, though, because the last nine years have shown me that things always do get better and that something has been helping me all along. My last nine years were spent learning how to change doubt into hope, and hope into belief—belief that everything will be all right even when it’s not, because I know I can be all right even when I’m not. Today I know I can eventually stop feeling worried and afraid, not only by praying, but believing there’s a reason why certain things happen the way they do and that I have the ability to be happy, which I wasn’t for much of my life because of my fears and because of my drinking. The drinking had started in my late teens and didn’t end until I was thirty-six years old and finally had enough of the way I was living.

It was on the morning of April 27, 1996, that I awoke from a dead sleep with my heart pounding, feeling terrified and sick to my stomach. I was terrified because I remembered the argument I’d started with my wife the night before, and sick to my stomach because once again, I had been drunk. Although there were many other times that I had argued with my wife when I was drunk and woken up feeling worried and nauseated the next day, this time was different. This time I knew I had finally pushed her too far and that she was going to take our son and daughter and leave me. I also knew this time that, with or without my family, I would have to stop drinking altogether if I ever wanted to live a better and happier life.

Before I talk more about that morning and what I said to my wife to make her stay, it’s important for me to go back over the events of the previous day to better explain why I knew it was time to stop drinking.”