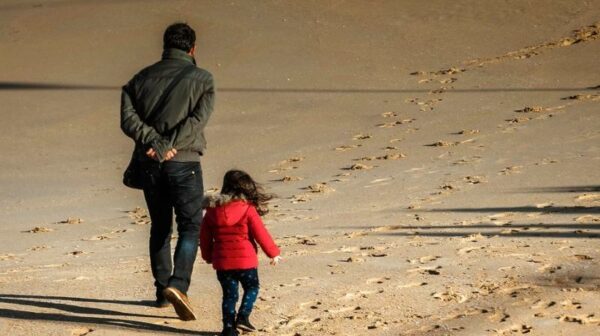 An emotional excerpt from my book. I was writing about an AA speaker’s meeting in 2004, where I shared my story to celebrate my eighth year anniversary sober.

“I would also reach my eighth year sober that month and once again share my story. This time, however, not only was my wife there, but my daughter as well, and it would be a very emotional day for me. I was fine in the beginning, but when I got to the part about how I often chose drinking over being with my children, I began crying and had to stop for a few seconds. I was still quite emotional as I told everyone that despite this, my daughter was still a daddy’s girl when she was little, and after explaining how this changed as she grew older, I once again had to stop as I sat there and cried. I finally regained my composure, and confessed how sorry I was for not spending more time with both of my children, and then talked about other regrets I had because of my drinking. Although my daughter and son weren’t exposed to every argument I started with my wife, they both heard more than they should have growing up, and as I was telling them this, tears once again came to my eyes. Other people started crying too, including my wife and daughter, and after a few moments passed, I went on to explain how my drinking had affected the whole family.

I also shared what my daughter had recently said about my drinking and the impact it had on her personally. She moved out when she was 18, and she said it took her a few years to come to terms with certain things from her childhood. I then added that what was important to me now, was that she had forgiven me, and that my relationship with her and my son was good today.

I then went on to say that I believed this was made possible because of how the Twelve Steps helped me stay sober and change as a person, and explained how this change also helped me believe in the possibility that something created life and the universe for a reason. After that, with time running out, I pulled a piece of paper out of my pocket and told them that another reason I believe what I do is because of this poem my daughter wrote for me last Christmas. I then cried a little as I added that even though she may never be a daddy’s girl again, this poem shows she loves me and has forgiven me.

Genes have given me your sense of humor
I am goofy just like you
But you have made me realize
I can laugh at myself, too